The Book that Wrote the Life:  My amiable thug of a book to whom I unwisely said
‘I do’

OK. Enough already. It is time to dig deeper and get up close and personal.

Why would anyone write a new ‘Divine Comedy’? Start again. Why would an unrecognised poet and a non scientist write a poetic history of science? Well I have said it was the book that wrote the life, and choosing was never done by me.

I am now going to ‘come out’ and tell you what this seeming whimsy really means. Involution has caused me to ponder very deeply on how ordinary life gives evidence of it at every level. I would have no conviction if every life did not reflect it. I wrote the usual autobiography, only mine started with emerging onto the Serengeti plains and came pushing on through civilisation(s). I spent time in Greece and I absolutely loved Florence in the Renaissance, after which things rather went down hill, until I found myself beached in modern life and wondering where we might gone instead. Hence the book to find out. 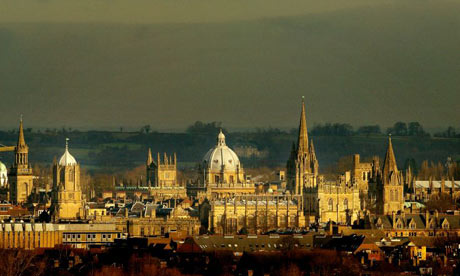 ‘Write what you know…’ that hoary adage implies that every writer collects a carpet bag of scraps, the better to fashion characters, places, and realistic situations. Then there is the other school of authorship, the so-called imaginatively fictional—what nobody thinks anybody knows, the fantasy, the Gothic steam punk, the sci-fi, the magic realism and mythological which are considered testament to what you cannot know but have the skill and versatility to make real and believable.  They claim to be the ones who make Blue Peter toy towns out of fairy liquid bottles, metaphorically speaking.

I put it to you ladies and gentlemen; these are both drawn from a single continuum. The first writes what we know you know (yes familiar, know exactly where she stands…that part of London so well…so convincing) and the second what you once knew but have forgotten (often more convincing, probing deeper, but less definable). The layers of the subconscious furnish dreams and also fantasies, they are timeless, otherworld- penetrating, overwhelming, sometimes interlaced with surrealist extravaganzas, sometimes openly mocking, or indeed puerile.  I believe that this web of connection that links each of us to one another, to those we have known in past lives; or met in dreams, finds the mouthpiece author to articulate and give them all new life  through the books that enshrine them. Writing is the urge to articulate the preciousness of individuality, and make meaning of our lives (and fold in paprika or saffron dreams).

Our first book is almost always autobiographical in a narrow sense, and probably should be discarded. It sharpens the author’s familiarity with themselves, the better to apply a more detached and thoughtful eye to the components of other lives instead.

The more I read of the books people write and their relation to that author’s life and interests, the more it seems to me that books find authors by shaping their lives. Not so much ‘write what you know’ but ‘live the book first’. Authors stricken by tragedy make sense of it by writing ‘my story’,( or starting a charity) successful entrepreneurs sell success, philosophers weave philosophy into the loom of fiction, the injured write revenge, the ingenious a perfect crime, the enlightened write obliquely since they have nothing to sell but belief. Or they channel inspiration like St John of the Cross, Kahlil Gibran or Rumi, and become immortal in the literary sense. Shakespeare had to be Prospero first to whip up a Tempest. 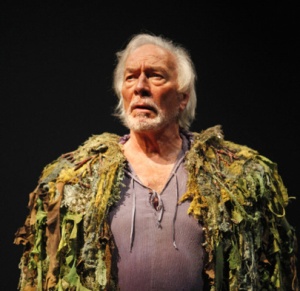 Living forever, the immortality that writing implies and seeks, is, I think, what lies at the root of its compulsion. The writing calls for a reader to make a deeper sense of the solitude that an author’s experience wraps around his lonely shoulders.

I now understand that every aspect of my life has been relevant to conceiving and then writing Involution-An Odyssey. Every scrap in the carpet bag was used, but I suspect past lives I do not consciously remember set the tempos to spend more time with Galileo and the Renaissance painters in Florence, with Kepler in Tubingen and certainly the scholastics in Oxford and with the Invisible College back in Oxford halls of open and vigorous dispute. They were all places in which I felt immediate familiarity. Just as though I had come home.

My first ever day in Oxford (commandeered as a taxi for an elderly friend to visit her sister) gave me nine hours to kill. Without a guidebook I found the Raphael drawings in the basement of the Ashmolean, the Light of the World at Keble, the old library of Merton, and it was just like the visiting of old friends. My feet knew the way and those that awaited my re-acquaintance. It was much the same with Florence, where Elizabeth Barrett Browning’s House was open for airing, and Fratelli Alinari was having a sale, and Donatello’s David bowed his beautiful head; I was pulled by an invisible guide. All were being heaped up for this book. I sat down in New College Chapel for a rest and looked up at El Greco…’

Even a junk shop near the Duomo provided the palimpsest that backs the cover and the website, a single page of parchment torn from a mediaeval leather bound and gilded tome.  ‘Cinquecento lira, Madame …prego…’

IT was for this reason that I could not write just a scientific theory, because Involution has been a lived truth, not a theoretical one. The synchronies that penetrate ordinary life on a daily basis, the friends you know you had to encounter, (because you were waiting for one another), the improbabilities that seem so self evidently inevitable once they have occurred; all point to the evidence of Involution. The future is causative, it draws, because past memory demands restorations, enmity needs reconciliation, joy seeks a new encounter and thought creates the circumstances for each. We know we know.  The moment NOW is the space-time moment in which such synchronies occur. The clocks all stop. The  genius who reported that searched for the cosmological constant, and thought it had been a blunder. Simply because no-one else corroborated, and expansion of the universe prevailed. Now they are not so sure. The red shift that gave us expansion may be due to atoms gaining weight and not speeding away. The prevalent governs vision, which is another reason for Involution written for non scientists…giving it a breath of hope.

I think Einstein was struck by a mystical Damascus. Consciousness, simply the universal field of connection? If so where does fiction begin and end? 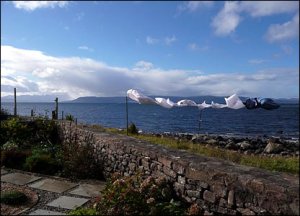 Writers weave that field, and live the lives encoded in their memory and contribute their unique colours to the cloth. Experience is their vat, their river’s washing stone, their linen, hung out in words taken by the wind.

2 thoughts on “Getting Up Close and Personal”