Skip to content
Harold Jowitt -’Enlightened Visionary’
In the aftermath of Mandela’s death many have sought to exploit any political advantage by either claiming that they too were enlightened liberals ( like Peter Hain (et al) who have made it a career rope-ladder) or that no white man ever saw the light until led by this extraordinary statesman. What for me began as a quiet tribute to those I knew (and, like Mandela, knew of) has now escalated into an unedifying scramble for Mandela stardust.
The Times carries letters of both kinds, from politicians like Dennis MacShane, never slow to exploit an opening to discredit Thatcher or conservative policy

or plaintive rebukes from those who had reasons to know otherwise, friends of Bram Fischer the defense attorney at the Treason Trial, committed to life imprisonment.

It seems I must join the fray. Not to climb the Mandela bandwagon, but to support a deeper truth, that South Africa incubated Mandela. Smuts, Sir Seretse Khama, Albert Luthuli, Trevor Huddleston in different ways all contributed the dignity of humanity free of race, or prejudice, which might have given Mandela his faith in what he sought to achieve. I grew up amongst many of them, Afrikaaners, English speaking Whites and Blacks of varied tribal origins. On the strength of the post I wrote immediately after news of his death I have been asked by several to recall my South Africa, in vignettes, stories, and recollections. It seems a suitable moment to offer these. Let me start with a history long before Mandela….

Before Mandela had been heard of, my grandfather Harold Jowitt, ‘Heli’ had been Director of African Education’ in Rhodesia, in Uganda,and when I knew him, Bechuanaland (Botswana) and then Basutoland (Lesotho). He spoke both Swahili and Zulu fluently. Rather than my views here is an extract from the ‘Journal of African Society. Vol 33 No 133 published in October of 1934.

Suggested Methods for the African School. By Harold Jowitt (Longmans) ( One of his books still available at a high price) The writer of this extract is not identified.

‘Some years ago an Inspector in Natal took the reviewer (this author) to visit a number of remote native schools. It was a very interesting experience. The Inspector was greeted with enthusiasm wherever he went. His aim was to help teachers to be better teachers and occasionally he would take charge of classes for an entire morning in order to show them how to do it. Arithmetic, writing, nature study, scripture- indeed anything on the timetable was taken just as it came, and all this was done in the native language without even a word of English. This was an Inspector after Matthew Arnold’s own heart 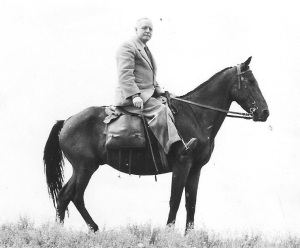 ‘Heli’ The School Inspector. Riding throughout Zululand in a jacket and tie as any respectful Inspector would!

In a much longer chapter of a book only published in 1998, the following direct quotations about Heli and from his correspondence appear.

‘He was an educator of imposing stature, a dynamic leader of immense popularity…an innovator willing to risk his reputation in order to try new ideas’

‘Jowitt became a fragile bridge over troubled waters…He tried to mediate the conflict between political philosophy and the reality of human existence..between African desire for a good academic education as a means of eliminating old colonial stereotypes and the colonial intent to have…cheap labour.’

‘He warned of the consequences of continuing the attitude that ‘the security of one race can be ensured by the repression of another….The Africans must not be trained by an inferior kind of education to function as better hewers of wood or drawers of water for their white masters.’

‘He needed the wisdom of Solomon to play colonial hide and seek.’

‘Jowitt had a vision of the Africa of the future. He could not fit the system of which he was a part…He refused to subscribe the materials that were needed to build the laager.’

An Extract from a Book ‘The Last Defenders of the Laager:Ian D. Smith and F.W. de Klerk by Dickson A.Mungazi published in 1998…‘ 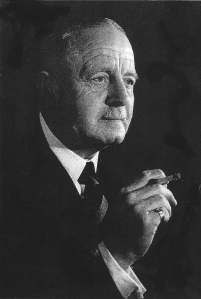 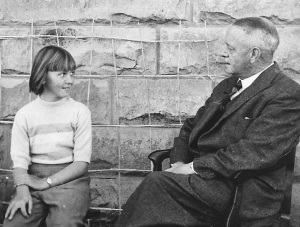 Heli and me. Roma Lesotho where he helped found the University of Botwana, Lesotho and Swaziland. 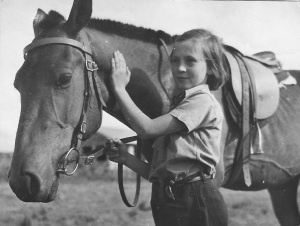 Noel, Heli’s Christmas present to me when I was nine. Saddled and tied to the gate on Xmas morning

17 thoughts on “Mandela’s Idealistic Forbears- Some Even White.”