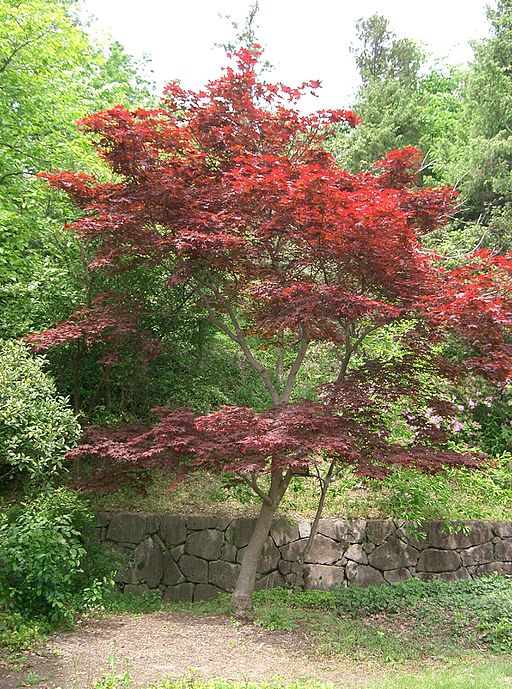 A Life in Trees.

I am working on a new novel, or it may be a novella. This was a story I wrote in a dream. I don’t mean it was inspired by a dream, or derived from dream like events but fully written while asleep. Here is what happened (in the dream),

I am late for an important mathematics examination and on my frantic way I realise I have not even looked through the syllabus. I have missed every lesson and although I meant to get around to opening the textbook I never did. For a year or more it simply slipped my mind, so I wonder whether there is any point attempting what I shall certainly fail. As I get to the examination hall (remarkably like the remembered school hall) everybody is already hard at it, writing away.

The exam supervisor takes me to one side and whispers that because I am late everybody has already taken all the questions. Not just the question papers, but the questions themselves. This seems to offer a ray of hope. He says I have a choice between two remaining: They are

One. ‘The history of simultaneous quadratic equations’ or

Two  ‘Title Acer’. But I will have to remember them since he has no ‘papers’ left with them written down.

I choose the second and write a story entitled Acer. I write a detailed, fully fleshed out story; characters,plot, circumstances ( in a place I do not know and have never visited) and I complete the last line as the bell rings to stop.

‘You may now hand in your papers.’.

I hand in my story, leave the hall, and wake up.

I remembered every detail of the story I had written and just to show you the problems it presents I would classify it as a Fantasy- Romance, rose tinted with sci-fi dipped in tragedy, deep fried in fact, with garnish of world redemption. Its chief heroine and hero is a tree. Its anti-hero a master tailor with a hatred of the mess trees make in the Fall. It happens in Vermont.

As you can see I have not avoided the marketing nightmare or my curse of pioneering impossible books.

A while ago I came to a halt on writing this story. What seemed lucid, if not uplifting and amusing, in the dream sounded absurd in the telling. While stuck I examined what might have contributed to this driving story nobody will read? That led me to contemplate my relationships with trees.

Not one has ever been fickle, or betrayed or disappointed me. They have sustained me, guarded my back, fed my soul …( You see the hero given birth don’t you?)

So I thought I would give you the stages of my life with trees because they are individuals, personal lovers with whom I have had secret affairs. All because I was poor, and I mean starving poor for some of them. 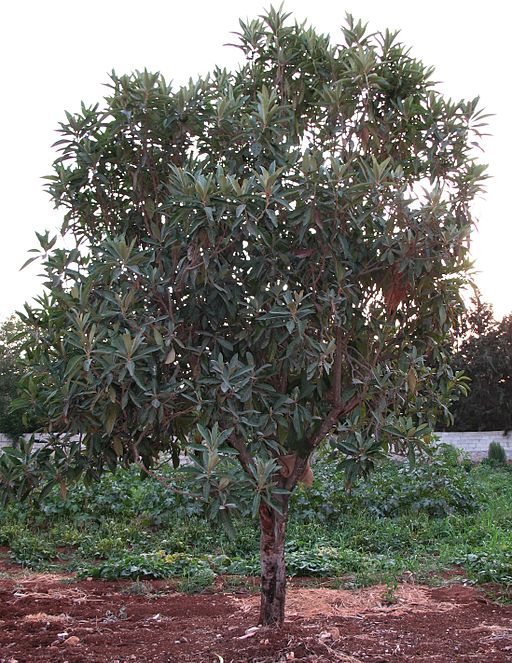 In the baking blistering-under-a-tin-roof house on the borders of Bechuanaland  (Botswana) there was a single loquat tree, an umbrella of black, still leaves that wept against the ‘stoep’ of my grandparent’s house. A square, unadorned house that concentrated heat as though it was a bank vault securing an investment. I was three, alone for an eternity, and longed for water, a swimming pool, a reservoir, a puddle, anything to relieve the inescapable torpor of heat, heat and evermore relentless heat. Heat as punishment for a crime not yet committed; no parole.

Can we not have a swimming pool?

‘Yes dear, of course we can’ said my grandmother. She summoned the gardener and told him to dig a hole, a deep hole, under the loquat tree, tight against the house, in what could be found of shade. Through the loving arms of the loquat she threaded the hose and ran it into the hole in the ground, so deep I was invisible and there I spent all day, in knickers, making mud pies under the trickle of the hose.

For meals I climbed the tree ( too muddy to be welcome indoors) and with a tray on his head the cook was instructed to follow me, climbing the tree which was my ship, my look-out, my escape, my protector. I would not have known the names but I had my own bosun, and a galley that sent up food on order, and I never needed clothes. It was my first Eden. A single tree. 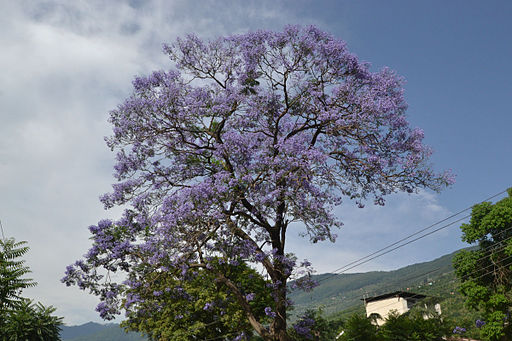 My next lover hung over the tennis courts of a school in Johannesburg. I was now seven and imprisoned in a dormitory with twelve year olds. They were in the secondary school and I was still in a primary and walked the half mile between them after breakfast. My very very best (and only) friend was a daygirl in the primary and she brought packed lunches. I was always starving and waited for her apple core, which she was generous to leave well clothed. Her family was pretty rich and apples were no great treat. I still remember the glory of an apple core. Somehow it was better than a whole apple.

After school closed at three I walked back to the senior school where everybody else was still at lessons, and climbed my second friend with its smooth welcoming arms and ate the core in the last and highest triple fork, two to sit upon and one to lean against. It was ‘my’ place and nobody knew about it. In summer I was hidden in a cloud of blue, and nobody was brave enough to follow because the drop below was probably thirty or forty feet. I left the seeds for the birds in a small hollow and that was my secret too. Everyday.

This was probably the love of my life, where the others were my playmates and flirtations. In a deciduous wood on a slope above a river, near a village I was beckoned by a deep shadow bowl. Below the smooth grey trunk a hollowed cave enfolded by roots, offered me a home where a dried-blood coloured rug was protected from the rain, and welcomed me at all hours, and often all night. The sky scarcely penetrated and no human ever trod near.

At that point my life was over and my tree embraced me: It rocked grief, incubated recovery, and turned its cheek if inwardly I railed. It doubted nothing, and offered no suggestions, just waited, and put its root arms round me and shared the philosophy of existence without asking anything in return; just was. Just understood. Just stayed silent and certain. Just.

No hero was ever more heroic, no lover more dependable, constant, enduring. My first book was called ‘Copper Sings the Beech’ and it was about losing everything, and finding freedom in nothing left to lose. Not even hope.

When a man in a cloth cap gave us the hope of a home, and the possibility of a garden I read a marvellous book. Robin Lane Fox wrote a slim book with an unprepossessing title: Better Gardening. We now had a small field surrounded by a dry stone wall, trampled by cows, devoid of anything but nettles. I knew nothing of trees except why I loved them.

Every recommendation Lane-Fox offered came with a history, and every history gave the character a necessary part in the play of this garden. The romantic dinosaur tree assumed extinct and grown from seed by a Chinese botanist, the Metasequoia? Must have one of those. The fig that hid the asp that killed Cleopatra? You bet. The Liquid Amber that clung to summer longer than anyone? Absolutely.  The coral barked Acer that blazed forth in winter? Of course, but delicate, make that two. The field Maple that one day would make a violin or hang a swing? It could do both now but has to be content with a washing line.

And finally the birch, Betula jackmontii, with arms so white it throws light into every corner, is both prima ballerina and corps de ballet in a wind, and lights up every day from dawn to sunset. At dusk it is a lamp, throwing light across the lawn, and in winter its skeleton talks to the moon.

Do I have a garden? Maybe I just have trees.

That is probably why I dreamt a story and the hero is an Acer. Maybe the one on the terrace crept in at night, and entered my bed.  Actually I now realise it is just a Love Story. That’s what I will call it anyway.

Loquat By Bangin (Own work) [GFDL (http://www.gnu.org/copyleft/fdl.html) or CC BY 3.0 (http://creativecommons.org/licenses/by/3.0)%5D, via Wikimedia Commons