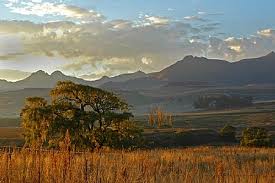 My few followers (probably sick to death of THE BOOK) have suggested that the South Africa I grew up in might find its way into blogs and stories. They are more relevant to the book than might be imagined since all I grew up with found its way in somehow, furnished images, spoke dialects, poked fun.  So are you sitting comfortably? What’s in it for you?  A safari round Africa, encounters with elephants and elephantine characters and then some Proper Stories (note the capitals) if you’d like. Just ask.

Mandela’s death has pricked slow oozing memories from my earliest life, like bitter beads of sap from a cut aloe. They are of the beloved country with its smell of grass, and wood-smoke, and the whiff of rain promised in sudden moisture; of mielie meal in sacking and pungent sweet sweat beneath blankets. The sounds are peppered with incredulity ‘Ow Nkosi!’ and courtesy ‘Sala gahle’ reassurance, and always laughter behind shy hands. There is singing somewhere, in harmony of seconds, and in the evening’s low light wending figures piled with wood, or water containers, going home. The sky immense, and unending, the stars bright salt in the black velvet of a night that falls like a curtain at an appointed hour. The day closing with the sudden certainty of an angelus, and the dim lights of the kraal fires flickering soon after.

Most of my memories are cast in the remote areas where a bushbuck might appear, mountaineous from horseback, or flat and arid from a ten ton truck grinding through sand, but no matter how different the regions we inhabited or travelled the essence remained, of tolerance, and gentleness, and above all an open curiosity. People were books to be fathomed, and opportunities to read them were precious. I never recall fear or any warnings, or prohibitions. From the moment I could walk I was encouraged to walk wide, as far as the eye could see, and away. Where people were concerned, nothing was unsafe. Nobody ever asked when I would be home.

My earliest recollections offer the view of legs below a table in a room with an audible clock. A clean scrubbed kitchen, with a cat cuffing a dog and eventually lifted onto cushions to eat a bowl of yellow mielie porridge with brown sugar and cream. I do not recall the faces but the sense that things would always be just like this, immortal and forever. The barefoot maids came and went with piles of ironed linen, and basins on hips or heads, and when spoken to raised their aprons to hide the smiles and embarrassment. Through the open doorways the light was blinding, and by contrast the room dark, with surfaces so polished that gleams from the edges of things, silver and copper would whisper grander rooms elsewhere, the rooms I later found in picture books or museums; grand tureens, silver trays, and by the back door saddle trees and boot hooks. The stoep (verandah) was where the older family lived and entertained the always unexpected guests (people were always an excuse for more strong coffee and peach brandy if sunset threatened) and over the stoep railings Catorba grapes rambled, the round small black grapes you popped by squeezing their sour skins, (sour enough to freeze-dry the palate) into the mouth, an explosion of unique sweetness, unlike any other grape.

Down along the left, marching away  from the house like defending warriors, were the oak trees and below them rusted old tractors where I had a swing and a bouncing metal seat afforded control of a steering wheel. The farm, braced against the buttress rock behind it, where a silver pencil of water fell into the pool below, was the only homestead visible in any direction.  Behind that waterfall the dark python cave held shivers of courage. My days were endless roaming between the kraal where I was teased by the women who plaited my hair, and the swing and the grapes, with a pocket full of dried peaches so hard they had to be sucked before they could be chewed. They were sour too, and green or sour fruit has always brought memories and been preferred.

I was less than three and probably only a few months on that farm, but the memory has flashed unchanged ever since as though caught swinging below deep oak.  I recall my first ride, in front of a saddle and the view of a rippling neck and the ears that flickered when the rider spoke but I have no memory of what the rider looked like. Three year olds seldom see a face. I recall the boots and the knees under khaki shorts, sharp brown against the blue-white sock covered skin. Mostly it was grass and the hurumph of a horse nodding and stopping to crop when it thought it could. I thought I might die for a horse, I loved them uncontrollably and breathed in their smell as though it was life giving. Horses understand passion, and accept it as their rightful due. So it is, which is why I daily gave my mother thanks for my name- lover of horses. My father was her big mistake but at least the first name she got right.

That was the van den Bosch farm where I was with my galleon grandmother while my poor abandoned mother returned to the Reef to finish her interrupted medical training. I was the interruption and I’ve tried not to repeat that in later life. I always retained the vivid memory of the farm but for seventy years no further encounter.  Later the van den Bosches were spoken of, occasionally; the polo playing wild boys, the Dutch home in the Heerengracht from which their forbears had sailed, the first qualified vet in the country, but they were the hidden side, from my grandmother’s mother of whom there are forbidding photographs and a terrible tale. From that terrible event my grandmother had sought refuge in the other half of her blood and other places. Her father was a Barrett, related to Elizabeth Barrett Browning, a gentleman raised in a world of civilised discourse, at sea in those fields of limitless grass and the harsh barter of Afrikaanerdom. The farm might have been the setting for a book I had read rather than a memory. I was never totally sure.