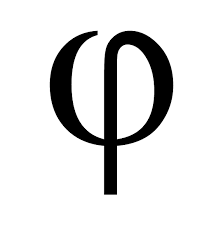 ( I have posted on this site which is all about the human odyssey, but derived from my small recapitulation of it.)

I have pledged to take myself to task with ‘Tracking Wonder’. It has become an inflamed need to forge or find a clear path. Not long ago I had an amazing esoteric ‘reading’ ; not of my personality ( all too familiar!) but my soul’s path. William Meader is an extraordinary visionary, whose clarity is compelling. His astrology is not concerned with the surface, relationships, money etc but the driving influences that shape an individual life, and accounts for the repeated patterns within it.

Since I have always believed I have been ‘called out’ to interpret life differently I wanted to determine whether this was a egotistical afflatus that gave my life purpose, or was justified from another perspective, and I really did have a ‘job to do’. Three years ago I published the book that I thought was that ‘job done’. Its conspicuous ‘failure’ is not (I believe) a reflection of its quality ( it has won accolades and prizes) but perhaps a failure of discrimination. It was originally 45 years too early for an alternative science, and now its re-written form as poetic science might have been too late for the sound-bite world of twitter.

So my search is to reconcile either a life mistaken, and misapplied, with little time left to remedy OR to see the perspective entirely differently. The exhaustion might have incubated a little precious time, or brought me to the point when giving up (on that over-long journey) is true maturity?

In answer to Susan Piver’s first prompt ‘What I most need to tell myself in 2016’ I can only at this point offer this ‘To stop rehearsing what once was true, in order to listen to other voices, both inner and outer’ William Meader acknowledged that I was a compulsive pioneer in everything (Aries at a zenith with Jupiter coming up fast) but the danger of Sagittarius as an influence was a tendency to point the arrows in too many directions without taking a fixed and true aim at the most important. I want to be able to see that aim for the arrow. Then I will be able to release it! That is my hope.