Week one blew away the past. A tsunami concentrated its power on the shack I occupied, and I discovered wattle and daub dissolves.

Week two I think was meant to re-align a future by reassembling components, envisioning pavilions of peace, and planting thyme for aromas of permanence. I tried, but failed. Here’s why.

In examining what Olderwiser might have to say in a years time I got permission to ‘lose myself creatively’. Great. Run with that. No daydreams were possible. At my age that’s kinda silly. What was I doing that would cause me to be missed? That purple patch? Reconciled by writing the life ( as in memoir) that might explore the repetitive patterns within any family that remain unseen but destructive. A sort of re-assembly from the debris on the beach. The figurehead toppled slantwise was George Eliot about whom I know what nobody else does, and why she snaked through stories nobody believed. I discovered in the recesses of the British Library my grandmother spoke the truth and it explained why we had a first edition of Daniel Deronda signed by GE and inscribed to a great great aunt.

Relating to? A new audience? How different? My own memory rather than the memory of evolution that nobody reads. It is also the anniversary of George Eliot in 2019. For once madame is faintly commercially aware.

I thought I was doing well. Two feet forward.

I received a phone call from a publisher urging me to let him have sight of THE book (currently called Involution-thanks to another authority I listened to!) with an eye to republishing! Under a different title. Maybe also to write a screenplay from the novel describing why it is not as insane as it might appear. Could I run to regular podcasting? Just three times a week?

Now after four years of averted eyes, and ‘poor thing’ it was , I admit, very affirming. Any author would leap for joy. I did at the time (yesterday pm). Then I realised that having destroyed my house I would be blown over by any wind. Maybe this was just a squall?

Last night I had a dream. I was looking down on the entrance to a slightly scruffy house with certain potential. At the gate were three fountains, one noble marble catching the sun, one a zinc tub and the third a kind of water barrel. My first thought was ‘what a pity, they all detract from one another. It only needs one’ Who in their right mind would…?

So which is the fountain to keep? Which is the right mind? Until I can answer this I cannot answer the current question from John Jantsch.

What can you stop doing in 2016 such that it would allow you to focus on higher payoff activities? #Payoff

I genuinely seek advice from this perceptive group. I cannot manage both together. Undoubtedly if THE book (re-titled) reached more readers it would seem more marble than zinc. It would take every bit of energy and time. But is that the marble? Is an idea, however crafted, more solid than a life of experience?  I am at a loss which way to turn. All opinions would be welcome! 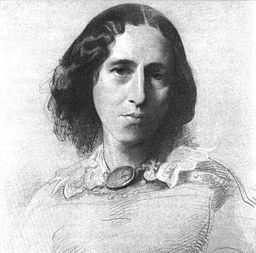 Would they miss you if you were gone?

What would have to change for that question to lead to a better answer? #MissMe

This imperative interruption to a day that envisaged some creative application to a new book hooks me to answer.It saw me coming and set up a trip-wire. I still have difficulty ‘opening out’ the painful parts of life, not because I cannot confront them, but do wonder why they would be of interest to anyone else.(see nervous joiner!) So I will continue the dialogue with Olderwiser and keep it pithy.

Plumscared. ‘Small, very small clutches. A few friends, mostly writers, and almost all virtual (so I would disappear with the speed of a twitter feed); a few readers (very few- who don’t know me anyway) and my daughters. Of those you might expect me to say my daughters would be likely to miss me. One would be devastated and until she would not be, I have to somehow stay alive. It’s a heavy responsibility! Two have rejected me for twenty years and I do not even know their children one of whom is eighteen. The fourth and youngest might miss me but I suspect not for very long, because she knows so little about me, although in some ways we are much alike. She has never read a story ,a book or a blog post, (or visited me on Facebook). She really knows so little about the inner, celebratory, honouring me. She only knows the questioning critic, the puritan.’

Olderwiser  ‘What would they miss? If they did.’

Plumscared  ‘The one that would, would miss her closest friend. We talk. About everything, share grief, celebrate joy. The two who might not even know I’d gone would perhaps miss the pleasure of inflicting a lot of pain, and the realisation that with my death, their family died with me. I hold all the memories of where they came from, and what could enrich their children’s history and identity. It would be buried.

The one, who might or might not, would miss returning home. She is currently sailing away, but might recall the reasons she turned her back. I know she finds it difficult having so much money, when I neither respect wealth, nor value what it affords. On that we lock horns. She indulges ( and can almost limitlessly) by helping very wealthy CEO’s become wealthier, while her sister squirrels to survive teaching the violin, playing it, and worrying about each and every pupil’s chances, and working in a pub to eat.

I cannot manage to obscure what I feel about the injustice of the world’s values, or how easily she accepts them. So she stays away, and I have had to let her go, but I know in the part of herself that is not materialistic we could be very close. We used to share mimicry, laughter and it seems to have disappeared. She used to be very funny. I miss that terribly.

Olderwiser ‘Now to the point of this. What would have to change to lead to a better answer?’

Plumscared. The history that cannoned though the landscape of my family and scarred it irrevocably is past. Only the devastation remains. Obviously the chasm lies ‘between’ and who I am, or what I might do, is the only part I can do something about.

Options: I could turn into a dog and lick whatever hand was held out? Unconditional love without judgement? That is what the Dalai Lama might say. It is theoretically possible but getting bitten accounts for the ‘plumscared’. Every time a bleeding throat and matted fur. Perhaps loving is also acceptance, and knowing when to surrender hope, and do something else without any? Ticked off last week.

I could turn actor, play Uriah Heep and pretend to approve what I can’t.  I could become a deaf-mute and hear, see and speak no evil and wring my hands appropriately. I would not be a natural, doubt I’d convince.

Or I could succumb to Alzheimer’s and forget and be grateful. (That is a distinct possibility and seems anxious to start. Forgetfulness improves daily without practice.) I could accept visits without recognising, or flinching, and be grateful for the nice box of chocolates.

Or I could write another book but this time one that dealt directly with the family they spurned, for the children I shall never know. It might help me to understand too.

Maybe, after that, if I do it well, a few might miss the chance they had to know me, the daughter’s children would get a kind of history- not absorbed as supper table talk, but something. It’s a way of talking to an absent family for both me and my loving daughter, who will be my cleanest and most honest critic. The readers might like another book of a different kind about George Eliot who comes into it, and Africa at the turn of the century, and the richest of galleon grandmothers with prejudices strong enough to break teeth in a plum pudding saga. What’s not to like?

That was what I was planning to start when this question interrupted. So if its okay with you I’ll just get on?

Are You Mad? Involution and the Case for the Defence.

First off I must thank The Story Reading Ape for spreading a canopy in his Great Rift Valley in which to rest from the marketplace. Explaining this mad book and its genesis is a tall order. So this is a most appropriate venue, within sight of Kilimanjaro, since the book prompting this invitation, originally called ‘Full Circle’, begins and ends here. It is the story of the human Odyssey.

(In obedience to received opinion that non-fiction should ‘say what it is on the tin’, the book was rechristened ‘Involution’, with slightly gritted teeth.) I am here not so much about the book itself but to prepare my defence for thinking it might have legs, or writing it at all. Up to now, on my blog, ‘Careless Talk’ I have skirted round doing this for fear of being mistaken for a peddler- who needs philosophy? Instead I told stories by a fountain in Marrakech and made futile attempts to master the sleight of hand- the soft sell that slips down without swallowing. The ‘Book that wrote the Life’ is my umbrella, but as a guest of the Story Reading Ape I will now come clean and expose the entrails; it is not a literary conceit, but quite literally true.

‘Are you mad?’ is not how it is put (because the English are much too polite) but ‘Is she mad’ is tacit and continual…… Read More here 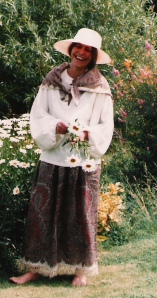